The Down-low on Slackline Radio 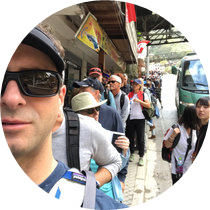 The Down-Low on Slackline Radio

Slackline Radio was born out of an obsession of electronic downbeat. In the words of Comfort Fit, it’s “modern mind music”. We strive to give listeners in Anchorage, Alaska an alternative to the mainstream.

It all began back in the early 2000’s with the creation of a terrestrial radio program here on KRUA, 88.1 FM. For nearly five years, Slackline Radio delivered a weekly program to listeners in the 7 to 9 pm Wednesday time slot. As the KRUA college radio station modernized to an online platform, Slackline became available to listeners in the US and abroad. A weblog was created to advertise the weekly radio playlists, discuss the downbeat scene, and expand our listener base. Eventually, reviews on new releases and interviews with the artists themselves were dished out regularly. Online partnerships evolved, and Slackline’s writings and live mixes were showcased on programs (mostly defunct now) like Properly Chilled, Calmscape, Below Zero Beats, and Radio Zero Gravity. In 2008, Slackline Radio continued its progression and opened up a 24/7 online radio stream at the time many other streams for this growing industry, like SOMAFM, were struggling against ASCAP on licensing rights. At some point, the financial obligations and legal risks against copyright infringement became too great for a small station like Slackline and the program was shutdown in early 2010.

Luckily, the love of sharing hidden gems in the downbeat genre never died and Slackline was reborn from the ashes during the pandemic in 2021. The online radio station went back up as the industry got their shit together and made licensing much more manageable for small programmers like us. The website was launched again too, showcasing what’s important, the music. It includes the online stream, reviews, and interviews. It is an evolution for Slackline. For those finding us again, we are glad you kept the faith. For you newbies, thanks for stopping by. We promise to stick around.

The stream is made available through Live365 which covers our licensing in the US, Canada, and the UK. If you are trying to listen from outside of these locations, one option would be to establish a VPN with a server location in one of these countries.